The most common causes of household water leaks 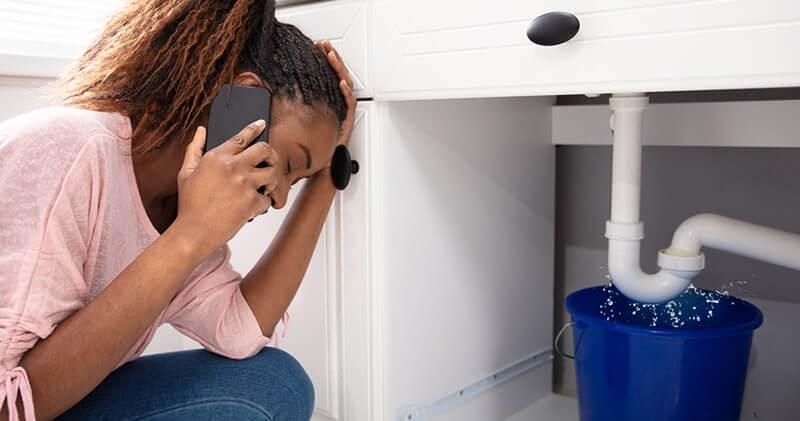 The most common causes of household water leaks

If there is one thing that drives us crazy, it’s household water leaks. The idea of catching water using a bucket doesn’t sound like a glamorous piece of decoration. There are several reasons for household leaks, and they’re no fun all year round. It can be a real pain to deal with – especially if you have to fork out for expensive repairs. Common issues can be found in the bathroom, kitchen, and even the bedroom. These are some of the problems that cause leaks and how you can solve them.

Imagine you’re in bed at night, you finally find the perfect spot, and you’re about to drift off to sleep when… drip, drip, drip. A leaky tap can be a nightmare, and somehow you can always hear the sound of dripping water at night even if you wear earplugs. Don’t worry about this; it’s one of the most common household leaks. But why do taps leak?

Sometimes it can be as ridiculous as not turning the tap off properly. But on the other hand, you may turn it off a bit too much, and the tightening of the tap might cause a leak. Another reason for faulty taps is the washer. With time, it can become worn out, in which case it’ll need replacing. Unfortunately, another reason for the taps leaking is a bad installation. If your sink and taps haven’t been installed correctly, especially if they’re new, they will need fixing.

Similar to taps, shower heads can start to leak when they’re old. If you find that your shower head is keeping you up at night, or the pressure is weak, it probably requires a good scrub. Failing this, it might be best for you to invest in a new shower head.

Another bathroom leak includes the shower or bath leaking. If you notice this happening, it will probably require expert assistance as soon as possible before your ceilings start getting damp and causing further issues.

A significant cause of leaks throughout your house is burst pipes. Although pipes are made with sturdy material and have a long life, rust and grime can build up and cause damage, such as a build-up of pressure. Extreme temperatures in pipes can also cause them to expand and possibly burst.

Another pipe problem might be worn-out seals. Similar to tap washers, pipe seals can be prone to a collection of grime causing the seals to wear away over time which can lead to cracks for water to leak from.

It’s critical to note that boilers can also be responsible for leaks. Again, high temperatures, especially in the winter, can cause the pipes to burst. This can be even more of an issue if the pipes are not insulated. To avoid having to mop up your floors, make sure you contact a professional to fix the problems.

After winter, your home has probably been through some harsh weather. Make sure you keep an eye on your sink, boiler, and bath. If you notice something wrong, call for a plumber to repair your utilities before the problem develops. After all, you really deserve peace of mind.

If you have a problem with your central heating or shower installations, get in touch with GOS Heating today on 01772 734 966. Don’t leave expensive repairs to chance.