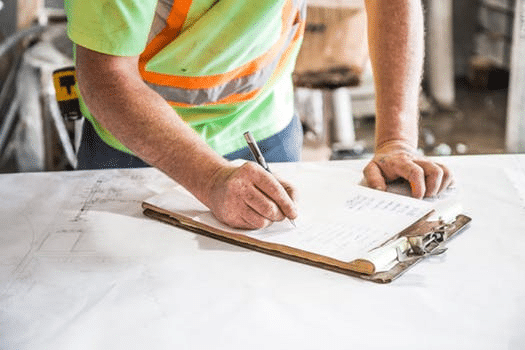 It’s not only households that struggle with boiler and heating breakdowns at the most inconvenient times. For many commercial businesses, this can be an expensive problem that reduces staff productivity. They also they have the added challenge of cooling to worry about. For Contour Homes in West Didsbury, the breakdown of their office building chiller couldn’t have come at a worse time.

Problems with the existing chiller began months before it eventually broke down in September 2017. During the summer months, staff would complain about the heat in the office. This not only puts a strain on the managers, who were always under fire from irritated staff, but it also created a poor working environment.

Something as simple as the temperature being out of your control can lead to low outputs from staff and low staff satisfaction. This ultimately loses you money with every minute that passes. This is why it is so important to get your heating and cooling systems serviced regularly, so you avoid any unnecessary losses.

At Contour Homes, there was some difficulty replacing the damaged cooler straight away due to cost constraints. It took some time to raise funds for a new chiller. This strain on resources could have been stopped in its tracks if the chiller had undergone regular servicing. Technicians could have prevented the breakdown if they spotted the faults early. They could have fixed them before they developed into something worse. Alternatively, if it was irreparable, the technicians could have provided advanced warning. Then Contour Homes could have raised funds for a replacement before the chiller stopped working altogether.

Nevertheless, when Contour Homes needed us, GOS plumbing and heating were there to lend a helping hand. We helped install a new Mitsubishi e-series cooler between October and December. This cooler soon got the Contour Homes office back to the excellent working environment it used to be. Chiller systems have been standard in buildings for decades. However, changes are now being made to the designs of these machines to ensure they are energy efficient and cost-effective. The high energy consumption of chillers has become a concern from an environmental perspective. As a result, it is likely that low-carbon models, like the Mitsubishi design installed at Contour Homes, will become more popular.

These new energy-efficient models of cooler have undergone many changes from traditional types. For example, the e-series has a unique modular approach which allows up to six individual units to be connected together. This provides a stronger cooling capacity for larger, warmer buildings. As this is the case, it may be harder to find local businesses who are fully capable of installing them. However, there are companies like us, who specialise in installing these coolers. Once it is installed, it is going to be a great, long-term investment for your business and the environment.

GOS Heating are not only masters in plumbing, boiler repair, home improvements, and providing the best service cover. We also have years of experience in providing mechanical installation services for commercial and home use. Get in touch with us today on 01772 734 966 to get a quote or find out more about what we do.